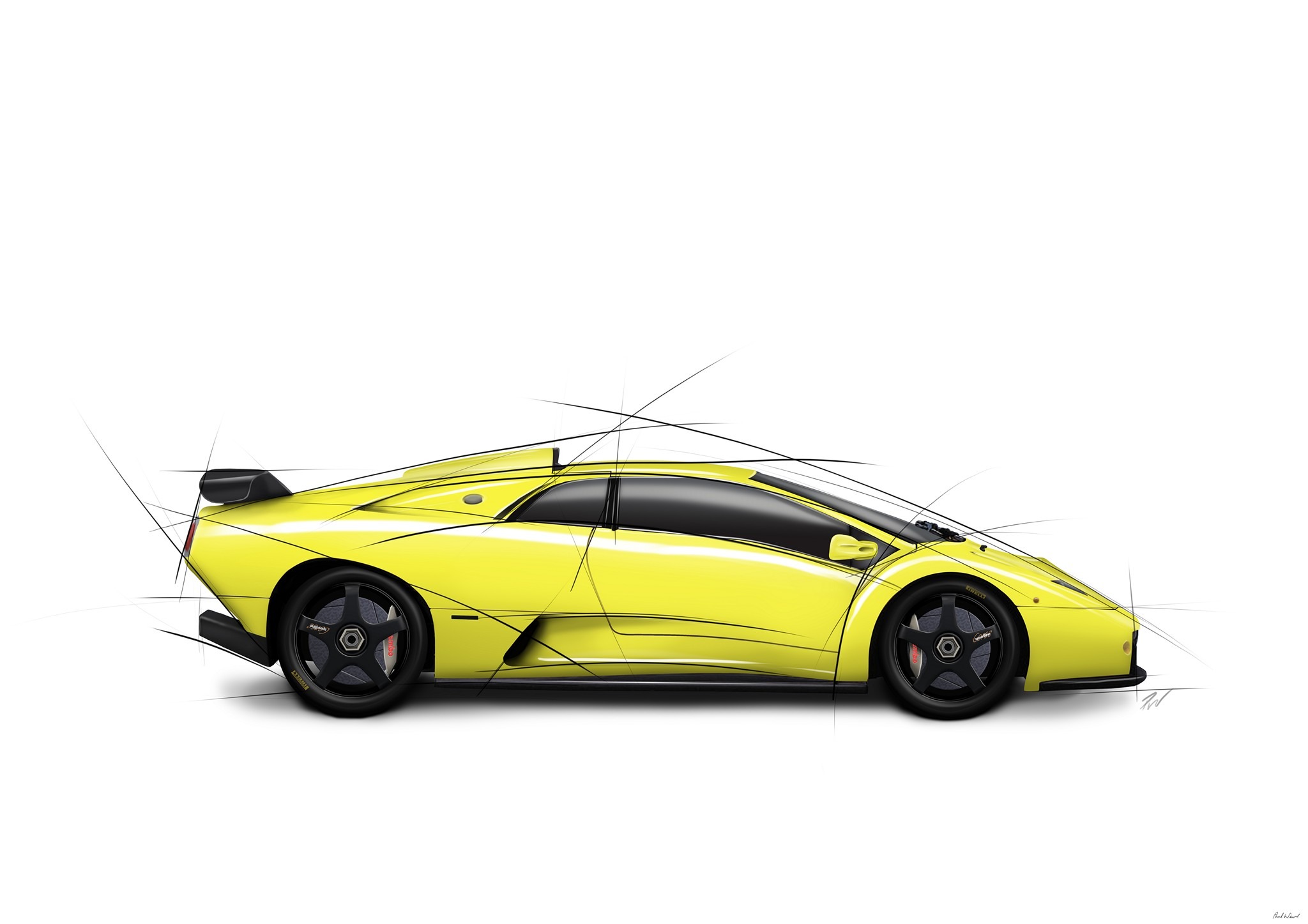 Lamborghini introduced the Diablo GT in 1998 based on the formula of the SE30 and the SE30 Jota of which only 80 examples were produced for sale. The Diablo GT was a track-oriented iteration of the Diablo and featured many unique components exclusive to the model. The GT fitted with radically altered aggressive bodywork, a stripped-down interior, and an enlarged engine. The GT variant was exclusive to Europe only but some were imported into the US. Exterior changes included an all-new black carbon fibre front air dam with large brake ducts and a central vent for the oil cooler (the car still featured driving lamps, the single pair of round units featured on the Diablo VT Roadster).

Paul is a freelance photographer from Birmingham, UK. Although Paul originally specialised in fashion photography, model portfolios and portrait photography, his work over the years has diversified into many different areas including wedding photography, commercial and advertising photography, architectural and interiors, landscape and travel, car photography as well as video production and design work.
Tree Nymph
Creative lighting