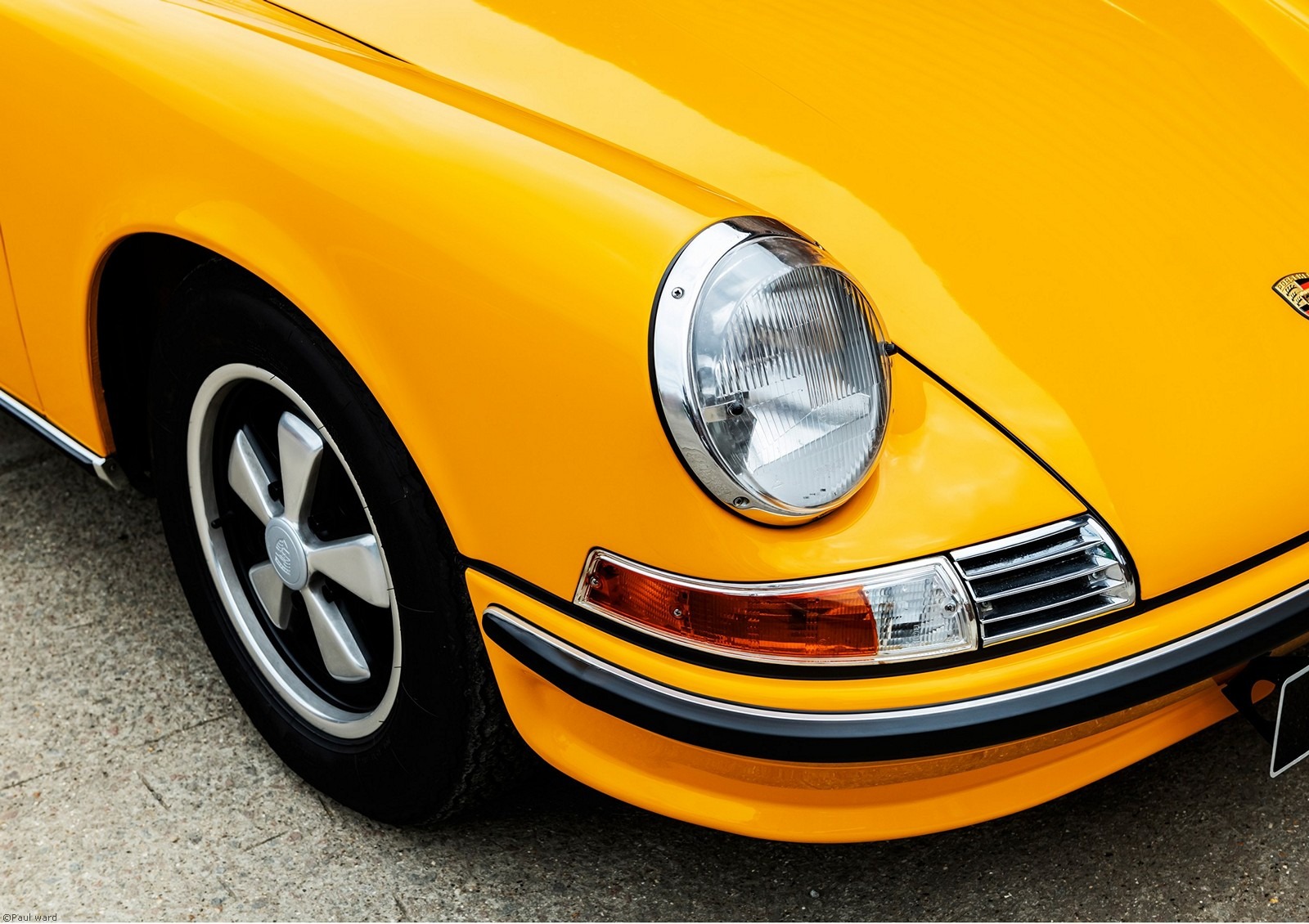 Pictured here at Autofarm is a 1972 Porsche 911S 2.4-litre. The original 911 series is often cited as the most successful competition car ever, especially when its variations are included; namely, the powerful 911 derived 935 which won Le Mans as well as other major sports cars races. The pre-impact bumper 911S 2.4 was made from 1972 to 1973.

Paul is a freelance photographer from Birmingham, UK. Although Paul originally specialised in fashion photography, model portfolios and portrait photography, his work over the years has diversified into many different areas including wedding photography, commercial and advertising photography, architectural and interiors, landscape and travel, car photography as well as video production and design work.
Ferrari Breadvan
D type Jaguar