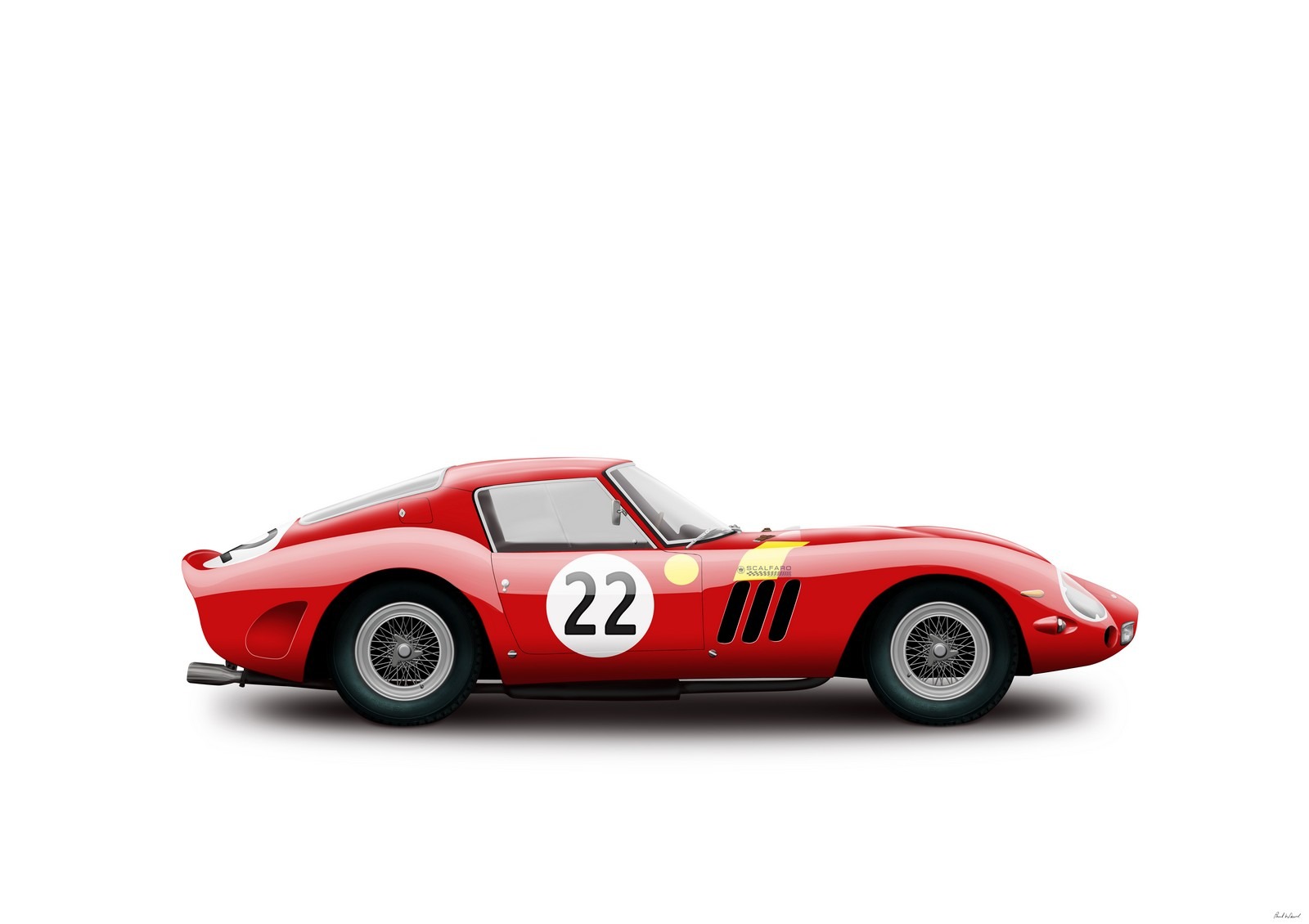 Other colours are available too.

Nick Mason whos car has inspired this drawing is best known for being the drummer for Pink Floyd and a racing enthusiast. He purchased his 1962 Ferrari 250 GTO in 1977 for just £35,000, thanks to the royalties obtained from the sales of the albums The Dark Side of the Moon and Wish You Were Here. It’s estimated to be currently worth over £50 million.

Paul is a freelance photographer from Birmingham, UK. Although Paul originally specialised in fashion photography, model portfolios and portrait photography, his work over the years has diversified into many different areas including wedding photography, commercial and advertising photography, architectural and interiors, landscape and travel, car photography as well as video production and design work.
Testarossa NFT art
Stately home