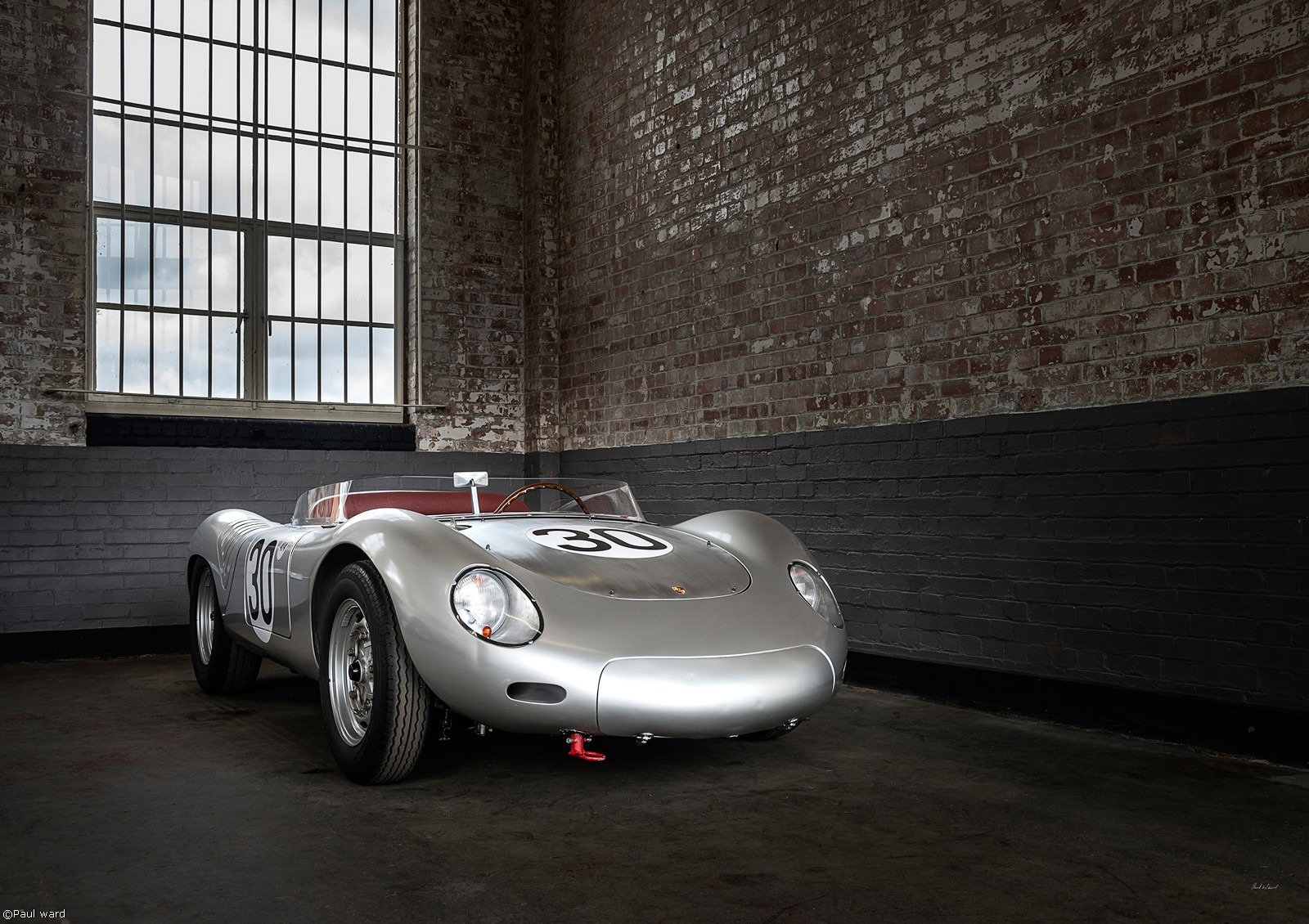 It was a hugely significant race for Porsche, with one of the other Works cars finishing in third place overall, Porsche’s first ever overall podium at la Sarthe.  004 failed to finish the race after an incident with a Ferrari.

The factory used the car for the rest of the season in various high profile events before selling it in January 1959 to Anton von Dory, Porsche’s representative in Argentina and a successful amateur racer.

Von Dory would race the car at the Sebring 12 Hours before going on to achieve an outright win at the inaugural international sports car race at Daytona, the 1,000km, the predecessor to the Daytona 24 Hours.

The car ended its racing career with Faustino in Portugal around 1967 and was discovered still wearing its original number plates in a Portuguese garage in the late 1970s.  It then found its way via Jean-Francois Dumontant to the renowned Rosso Bianco collection.  When the Rosso Bianco collection was broken up in 2008, 718-004 was sold with a large number of other cars to the Louwman Museum and from there it passed to the current owner in 2009.

By 2013, the car was fully restored by German specialists whence the current owner used it sparingly, on the road and in a selection of events, alongside his two Porsche 550 Spyders.

Limited edition prints of this image are available from Limited100

Paul is a freelance photographer from Birmingham, UK. Although Paul originally specialised in fashion photography, model portfolios and portrait photography, his work over the years has diversified into many different areas including wedding photography, commercial and advertising photography, architectural and interiors, landscape and travel, car photography as well as video production and design work.
white Aventador
Sushi place setting