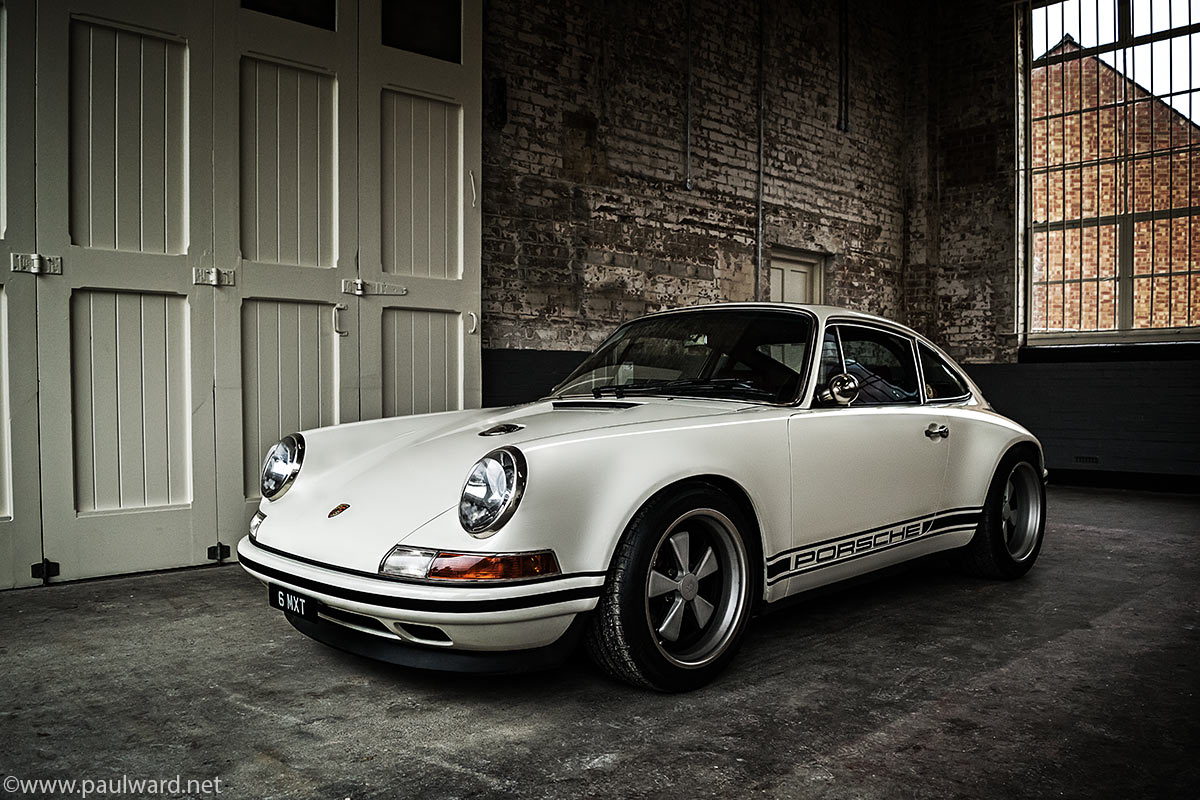 photographed on location at Bicester Heritage.

Available as a limited edition print from Limited 100

Singer Vehicle Design was started by Rob Dickinson – an ex-rock musician who then became a car designer and now stands as one of the world’s foremost distillers of the essence of air-cooled Porsche.

Singer specialises in the 964-chassis 911, built from 1989 to 1994. The 964 was the first street 911 with coil-sprung suspension, replacing the traditional torsion bars. The 964 chassis also retains Porsche’s classic rear trailing arms, which disappeared in 1995. Along with a rear weight bias, trailing arms help these 911s do wonderful things in corners when you snap your foot off the throttle, and that’s all you really need to know about that.

Paul is a freelance photographer from Birmingham, UK. Although Paul originally specialised in fashion photography, model portfolios and portrait photography, his work over the years has diversified into many different areas including wedding photography, commercial and advertising photography, architectural and interiors, landscape and travel, car photography as well as video production and design work.
alfa romeo 6c
Ferrari F12